Spain falls to a Ukraine 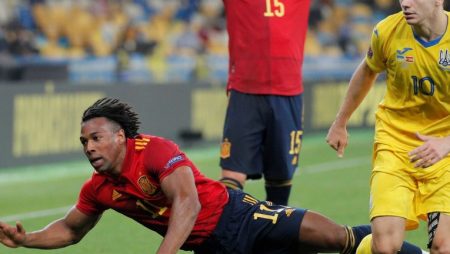 The Spanish team lost to Ukraine by a goal to nil. Luis Enrique’s team had clear scoring chances, but it was the Ukrainian Tsygankow who scored the goal that gave Andriy Shevchenko’s team three points. Spain falls to a Ukraine full of supplements and loses its first match in the UEFA Nations League.

Spain lost a match that a priori should not have caused them too much difficulty, as happened in the first leg where they thrashed Ukraine by four goals to zero. This defeat can make things very difficult for you in the UEFA Nations League. Those of Luis Enrique play the first position of group D against the powerful Germany. However, the German team was unable to take advantage of the defeat of the Spanish and drew against Switzerland.

Spain without a goal and without three points

The Spanish team was far superior and dominated the first half with clear scoring opportunities. Adama and Ansu Fati, the new promises of the national team, shone with speed and technique but without a goal. Like Sergio Canales who received and looked for holes, but ran into the Ukrainian wall. The same happened to Rodrigo and Sergio Ramos when they tried to beat Bushchan.

Ukrainian players went from less to more. In the second part everything changed and there was a small revolution in the game. Shevchenko’s team was more offensive and technically better with a team full of substitutes because of the losses due to coronavirus positivity. 15 minutes before the end of the game, Tsygankow scored the goal that gave the Ukrainian team three points. Spain was not able to overcome the match. Spain falls to Ukraine and scores its first defeat in the UEFA Nations League.

Luis Enrique does not question the goal

Despite the defeat, the Asturian coach is calm and satisfied with the game and the attitude of his players, “the conclusion is that I like the attitude of the players, I like what I see” And he added that “nothing happens because in a game or two you don’t score goals. We’ve made chances. ”

The defeat has questioned the ownership of the goal. De Gea’s blunders have put him in the spotlight again. However, Luis Enrique has it clear, “blaming De Gea is already a vice, it puts a lot on you. If David is blamed for a game like this, turn it off and let’s go.”