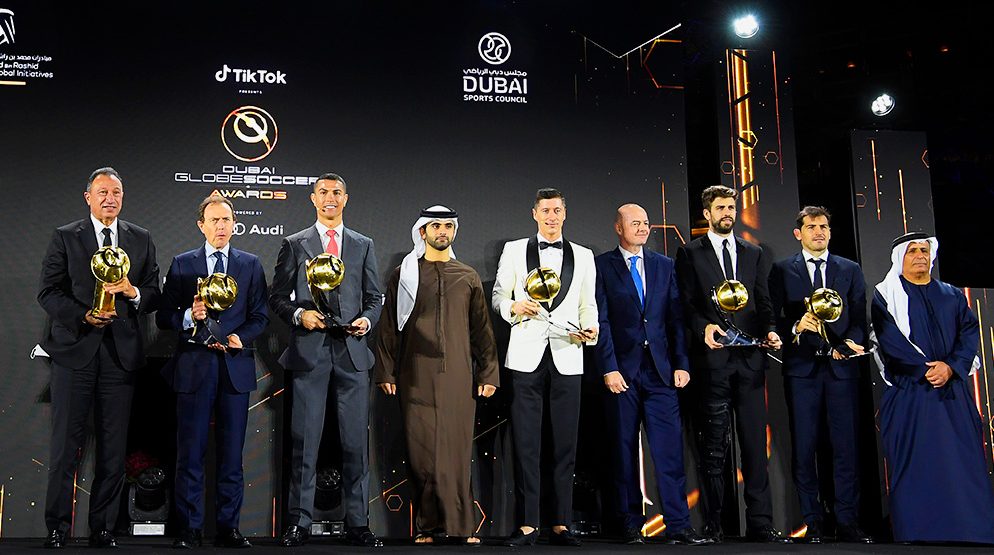 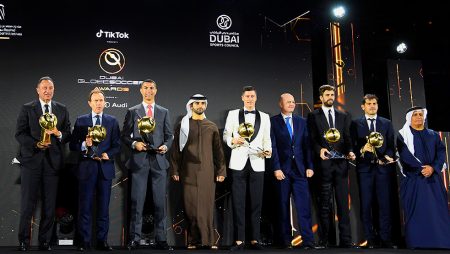 The Globe Soccer Awards took place on December 27 at the Armani Hotel in Dubai. A satellite ceremony that has awarded the best professionals of 2020 and the 21st century. The nominees in the different categories have been selected by a specialized jury made up of coaches and soccer presidents.

Bayern Munich is the best team of 2020 and the awards overwhelm them. The Player of the Year award went to the Polish Robert Lewandowski.  Bayern Munich player triumphs again after winning The Best award a few weeks ago. The other nominees are Cristiano Ronaldo and Lionel Messi.

All forecasts were headed in the same direction, that Bayern Munich would rise as the best Club of the Year. And finally it has been. The German team is the Club of the Year after winning the Champions League and the Super Cup against Sevilla, winning the Bundesliga and the German Cup. Liverpool and Real Madrid also competed.

He could not achieve The Best award as best coach that went to Jürgen Klopp, but the Globe Soccer Awards have given him more than deserved recognition. Thus, Hans-Dieter Flick has been crowned the best coach of 2020. The third nominee is the Italian Gian Piero Gasperini.

It is difficult to determine who is the best footballer of the century, however the Globe Soccer Awards jury has determined that the Portuguese Cristiano Ronaldo is the winner. The Juventus player competed with other great players such as the Barça player, Leo Messi; the former Blaugrana player, Ronaldinho and the Liverpool player, Mohamed Salah.

Real Madrid has won the award for the best Club of the Century (2001-2020). The club chaired by Florentino Pérez achieved a historic milestone, being three consecutive champion of the highest competition, the Champions League. In 2016, 2017 and 2018, Real Madrid was the best team on the old continent. The other nominees are Barcelona, ​​Bayern Munich and Sporting Club Al-Ahly.

Catalan Pep Guardiola is the best coach of the century. Among other titles, the two Champions League, three leagues and three Super Cups and two Club World Cups won with Barça, among other titles. In addition to three Bundesligas, two German Cups, a European Super Cup and a Club World Cup with Bayern Munich. In his current team, Manchester City have won two Premier League, three League Cups, two Community Shields and one FA Cup. Zinédine Zidane, José Mourinho and Alex Ferguson have been left on the verge of glory.

Gerard Piqué has been awarded for his football career. The Barcelona defender, very excited, thanked him, “this award is an honor for me.”

The trajectory of Iker Casillas has also been awarded. Considered one of the best goalkeepers in history, the former Real Madrid player, now retired, returns to the white club to work at his Foundation.

During the ceremony, the Agent of the Century was also awarded, which went to the Portuguese Jorge Mendes. He is currently the representative of Cristiano Ronaldo, James Rodríguez, Joao Félix, Falcao, Di María or Bernando Silva, among others. The FIFA agent He is the representative of 127 players and nine coaches.