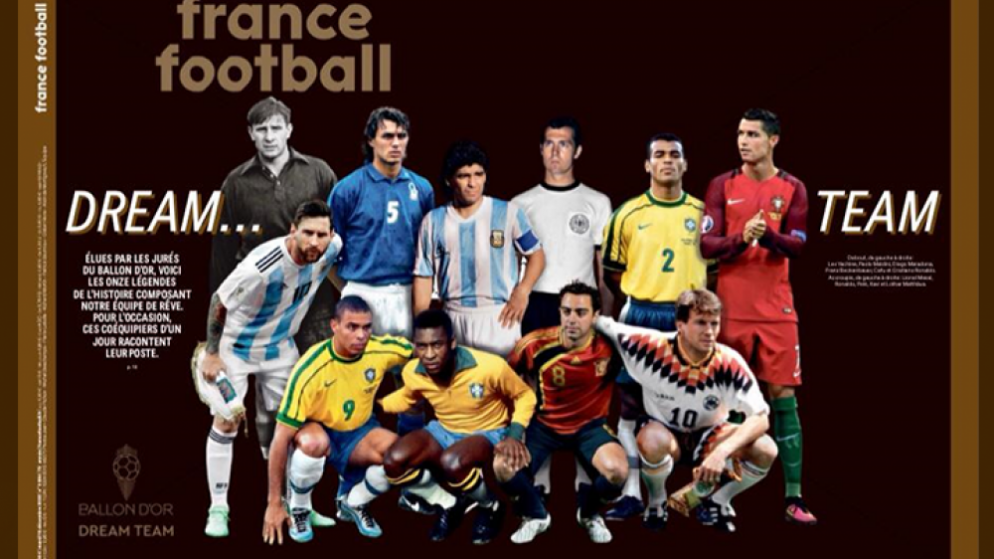 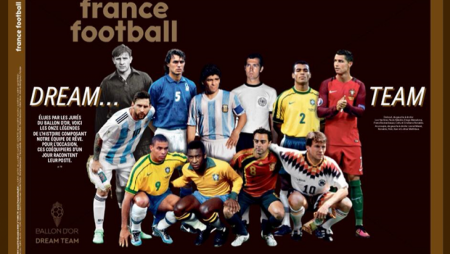 France Football has unveiled the best eleven in the history of football. The Dream Team in soccer history is made up of the following players: Yashin; Cafu, Beckenbauer, Maldini; Xavi, Matthaus, Maradona, Pelé; Messi, Cristiano Ronaldo and Ronaldo.

The mission of the 140 specialized journalists from around the world was not easy. Appointing the best eleven footballers in history is risky and arduous. Some renowned footballers have been left out of the Dream Team. Only one Spaniard has crept into the legendary team, Xavi Hernández. Barça has had among its ranks four of the eleven selected: Diego Maradona, Leo Messi, Ronaldo Nazario and Xavi Hernández.

Marcos Evangelista de Morães, known as Cafú, is designated as the best right-back in history. World champion twice, in 1994 and 2002. He played for Zaragoza during the 1994-1995 season, although he became a soccer legend in Italy, thanks to Roma and Milan.

The best center-back in history is Franz Beckenbauer. An impressive record, a World Cup, a European Championship and three consecutive European Cups, from 1974 to 1976. The former Bayern Munich player was twice the Ballon d’Or, in 1972 and 1976. Sergio Ramos, a Real Madrid player, has stayed to the doors.

Italian player Paolo Maldini has been chosen as the best left-back in the history of football. He is honored by his magnificent career with more than 900 games played. In addition to having been proclaimed five times European champion.

The only Spaniard in the Dream Team is Xavi Hernández. The former Barça player has been chosen as the best defensive midfielder. He does not have a Ballon d’Or, but his footballing feats have earned him to proclaim himself the winner ahead of stars like Falcao, Schuster or Seedorf. He has to his credit a World Cup and two Euro Cups and all the titles with Barça.

Lothar Matthaus is the other best defensive midfielder according to France Football magazine. A star record, champion of the Eurocup in 1980 and the World Cup in 1990. His sports career placed him at Bayern Munich, Inter Milan or Borussia de Mönchengladbach.

The recently deceased Diego Armando Maradona has won the Ballon d’Or as the best offensive midfielder. The Argentine, considered by some to be the best player of all time, is also in the ideal eleven.

Pelé accompanies Maradona as the best attacking midfielder in history. The Brazilian legend revolutionized football in 1985. Throughout his career he scored more than 1,000 goals and achieved no more and no less than three World Cups.

Leo Messi does not need an introduction. The Barça player has six Ballon d’Or, six Golden Boots, four Champions League titles and 34 titles with Barcelona. France Football has chosen him as the best right forward in history.

The Ballon d’Or for the best left attacker is Cristiano Ronaldo. There were no doubts in his appointment. A brilliant record: five Ballon d’Or, five Champions League, one European Championship, two Super Cups, and other titles as a professional player.

The ideal eleven designated by France Football is closed by the Brazilian Ronaldo Nazario. Ronaldo has been chosen as the best center forward in history. World champion in 1994 and with an enviable record. He has ousted his teammates Romario, Cruyff or Müller.

These are the players designated by France Football as the Dream Team in soccer history.

The Ballon d’Or will not be awarded

For the first time in history, France Football has decided to cancel the ceremony and delivery of the Ballon d’Or as a result of the coronavirus crisis. Mainly due to the uneven conditions of the different European leagues. The Bundesliga, the Premier or LaLiga Santander finished the championship. However, the French league decided to end the competition with ten days to play.