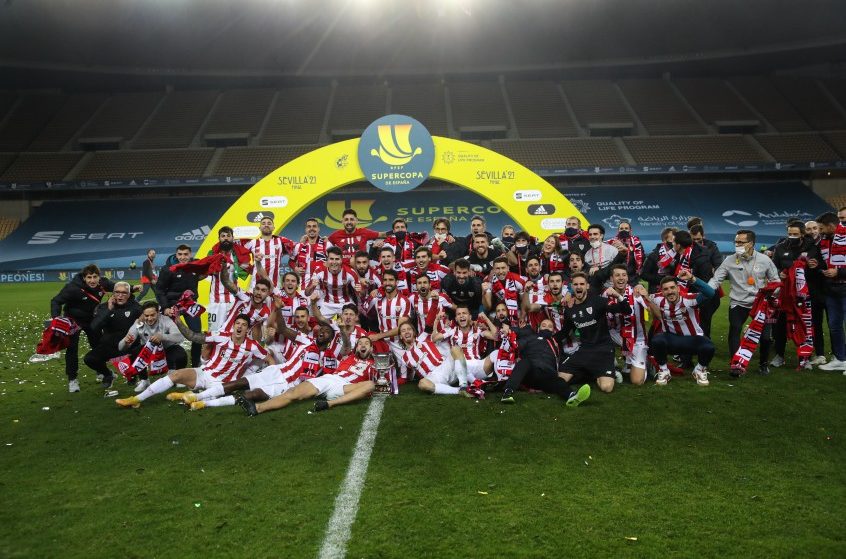 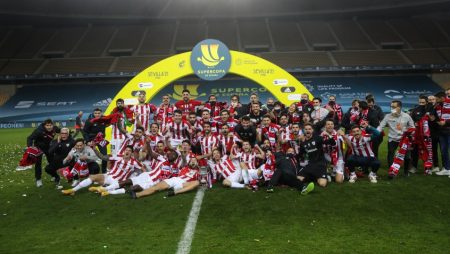 Athletic Club de Bilbao prevails by three goals to two against Barça. Iñaki Williams scores the winning goal in extra time and gives the Basque team the first title of the season. Athletic wins the Super Cup without having played the final of the Copa del Rey 2019/2020 against Real Sociedad scheduled for April 4, 2021.

The final that Barcelona faced against Athletic was a match without great emotions or rhythm. It is true that the lions went out onto the field with all the claw that characterizes these animals, but the goal did not accompany them. And a few minutes before the end of the first half, Griezmann put Barça ahead. The blaugranas’ joy did not last long, since on the next play the winger Óscar de Marcos tied the game and left the competition open.

45 minutes separated both teams the victory. The two finalist teams came out strong, pressing and creating more danger in the opposite area. Barcelona went ahead again thanks to another goal from Griezmann in the 77th minute. The final seemed doomed, but nothing could be further from reality. In the 89th minute, Villalibre tied the game again and they played extra time.

The sad controversy of the night was the blow that Leo Messi spread to Villalibre. The Argentine, hesitates until the last minute, saw the red for attacking the Athletic player in minute 120. He remains to be seen what the sanction will be for his aggression.

Iñaki Williams, the King of Bilbao

The man of the match, without detracting from the rest of the teammates, was Iñaki Williams. The Basque forward fired with precision in front of Ter Stegen’s goal, who could do nothing to clear the goal. Athletic wins the Spanish Super Cup against decaffeinated Barcelona.

Toral, the resurgence of the lions

Marcelino García Toral could not have had a better landing in the Basque entity. The Athletic coach was presented on January 4 and since then he has done nothing but reap good results. Tonight he lifted his first title of the season after beating Barcelona by three goals to two in the final of the Spanish Super Cup. And he still has another great final, the final of the Copa del Rey 2192020 against Real Sociedad. The match was suspended due to the COVID health crisis and is scheduled to be played on April 4.