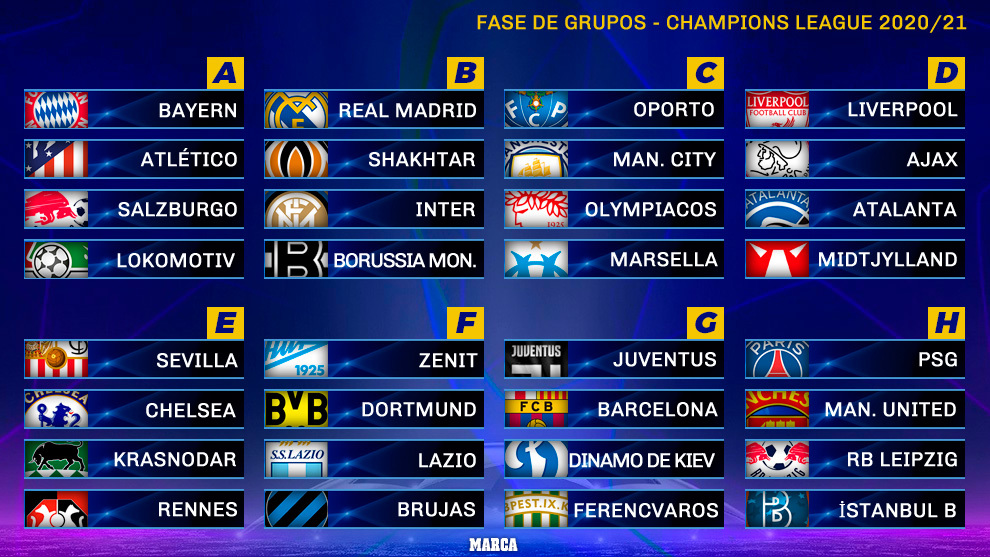 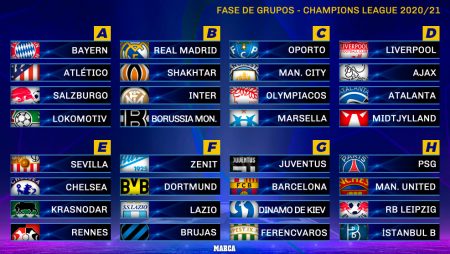 The UEFA headquarters in Nyon has been the venue for the Champions League group stage draw for the 2020/2021 season. The thirty-two best football teams in Europe will compete throughout the season to be proclaimed champions in a final that will take place at Atatürk Olympic Stadium (Istanbul).

On October 20, the most prestigious soccer tournament of the old continent will begin. This year the Champions League has been delayed due to the coronavirus health crisis. The European leagues and the 2019/2020 Champions League had to be postponed to August, where Bayern Munich was proclaimed the winner against a majestic Paris Saint-Germain. The German team will fight to revalidate the title.

Barça, Real Madrid, Atlético de Madrid or Sevilla, current champions of the Europa League, will not make it easy for them. Like the rest of European teams such as Juventus, Inter, Atalanta, Lazio, PSG, Marseille, Rennes, Dortmund, RB Leipzig and Mönchengladbach, among others.

The eight groups of the first phase of the Champions League in the 2020/2021 season are as follows:

May 29 at Atatürk Olympic Stadium (Istanbul).